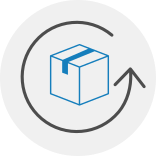 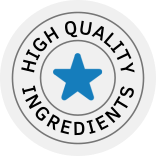 No Harmful Chemicals
Save more with these offers
10%(₹80) Cashback as store credits T&C
Cashback Terms & Conditions Cashback is given on order delivery & expires in 150 days (~ 5 months). Cashback is given as store credits in Ustraa account. Users can use up to ₹350 in a single order You may ask - what happens to the rest of store credits? : Rest of credits remain safe in your Ustraa account. Can be used anytime! We advise users to use store credits on Ustraa App (Android/iOS) where shipping is Free; and there is NO COD fee. Store credits can be used in all orders above ₹599 If order is cancelled after delivery, the cashback will be deducted from Ustraa Account.
Additional Offers Tap to view

1Get Flat 20% Discount on every order with HDFC Debit & Credit Cards Offer Valid on Orders above Rs.999View Details
HDFC20

2Get Flat 20% Discount on every order with SBI Credit Cards Offer Valid on Orders above Rs.999View Details
SBI20

3Get Flat 20% Discount on every order with Kotak Credit & Debit cards Offer Valid on Orders above Rs.999View Details
KOTAK20

The Ougon Liquid B is Scutellaria Baicalensis Extract, containing Flavonoids mainly Baicalin which is used for the prevention of skin aging caused by environmental pollutants and protects against harmful UV and IR rays. This protective action has an anti-aging effect and a reduction of the melanin index of the skin.
Yukinoshita Liquid MB is a Saxifraga extract with skin-repairing abilities. It has been proven to reverse the damage caused by UV rays and also has functional revival of the DNA damaged cells exposed to sunlight.

Melanowhite -A,Arbutin and Glutathione are the whitening actives in Clair Blanche 2 which inhibit the various steps of melanin synthesis while Glutathione promotes pheomelanin synthesis.Bio-active milk peptides derived from milk proteins have been evaluated for various beneficial effects, including anti-inflammatory and antioxidant properties.

There are no reviews yet.

Be the first to review “Glimpse Face Wash” Cancel reply